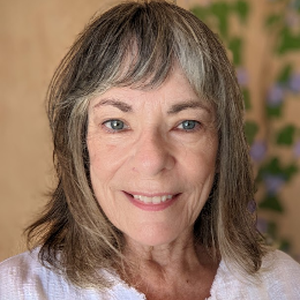 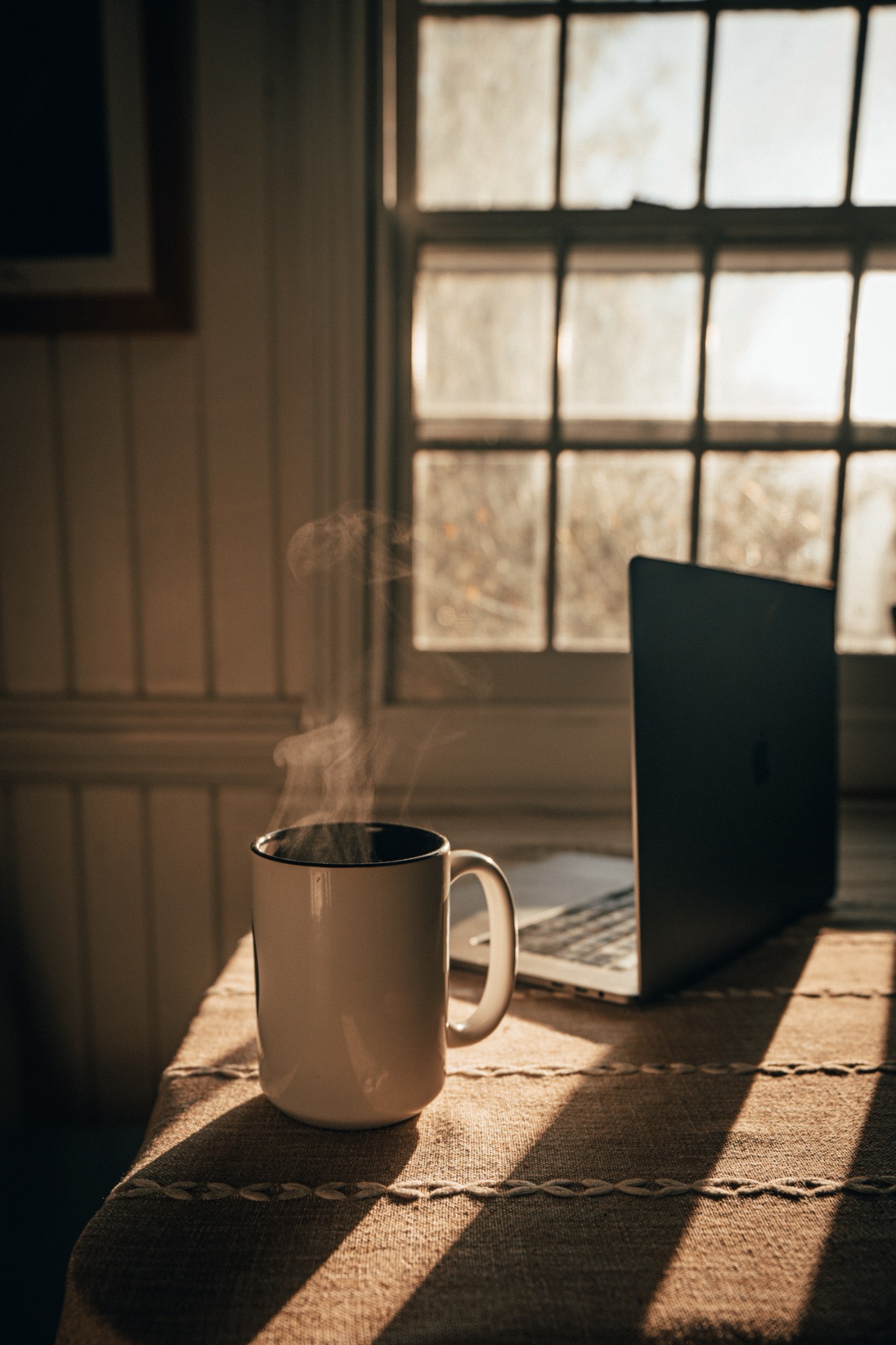 I'm a freelance writer and editor who travels to the beat of a different drum. One part of my journey is a straight shot down the technology freeway. I have an extensive background in developing, writing and editing content related to cybersecurity, privacy, corporate governance, emerging technologies, e-commerce and consumer tech. However, I frequently meander onto bumpy back roads, writing fiction and blog posts. I also provide developmental editing services to other writers of fiction and nonfiction works. The connective tissue joining my paths is creative thinking, which I consider essential to solving problems, achieving goals, and fulfilling personal potential. I've taught critical thinking courses as an adjunct instructor at the University of North Carolina, Asheville, and at Pepperdine University in Malibu. Prior to entering the freelance world, I was managing editor of an online business and technology news network for 14 years.

I have a bachelor’s degree in political science and a master’s in social science from the University of Illinois, a bachelor’s in drama from the University of North Carolina at Asheville, and a Master of Fine Arts in screenwriting from the University of Southern California. A longtime resident of Ventura, California, I enjoy bicycling near the ocean, hiking in the mountains, and puttering in the garden. I’m a dedicated fan of Jeopardy! and I practice Spanish every day with Duolingo. I’m far from proficient, but that’s not the point -- the point is to keep learning and growing. One of my favorite English words is never, as in: ‘Never say die,’ ‘Never give up, never surrender!’, ‘Tomorrow Never Knows,’ and ‘There’s never just one way.’ Give me your challenges, and I’ll tackle them with zeal.

A Sampling of My Work 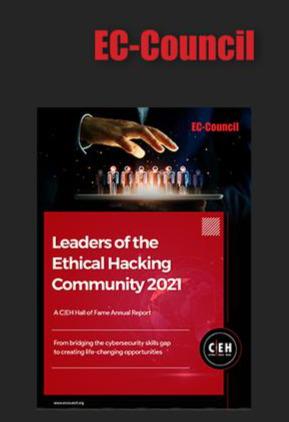 (Unnamed Author) The Certified Ethical Hacker (C|EH) Hall of Fame Annual Report 2021 highlights the importance of training and certification—specifically, EC-Council’s C|EH program—in building a talent pool to fill the numerous (and vital) available positions in the cybersecurity sector. It also emphasizes the role of skills development in increasing job satisfaction among those already working in the field. The right training increases the supply of new entrants into the cybersecurity job market and encourages

Doxxing, a threat actor term for “dropping documents,” or releasing private information, has become an insidious way to shame people around the world. Sometimes it is misguided retribution for behaviors others don’t appreciate, such as racism or bullying, or expressing controversial political views. Often it is an act of hatred or revenge, and the doxxing itself is fueled by racist, sexist or other malicious intent. 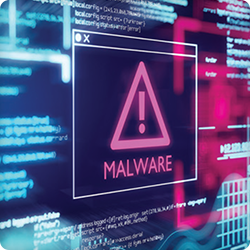 Eliminating the Embedded Malware Threat at the Binary Level

Validate your expertise and experience. Whether you are in or looking to land an entry-level position, an experienced IT practitioner or manager, or at the top of your field, ISACA® offers the credentials to prove you have what it takes to excel in your current and future roles. Take advantage of our CSX® cybersecurity certificates to prove your cybersecurity know-how and the specific skills you need for many technical roles. Likewise our COBIT® certificates show your understanding and ability t 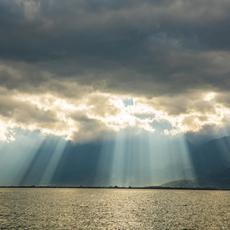 Looking for a Break in the Clouds: How to Build More Resilience During Turbulent Times

Business continuity (BC) and disaster recovery (DR) requirements have changed with the advent of cloud services, leading many organizations to reassess their programs. This presents an opportunity, suggested Wolfgang Goerlich, an advisory CISO at Cisco’s Duo Security. “It’s great to do the thing,” he said, referring to cloud continuity planning, “but what if we could do the thing and get more out of it?” In 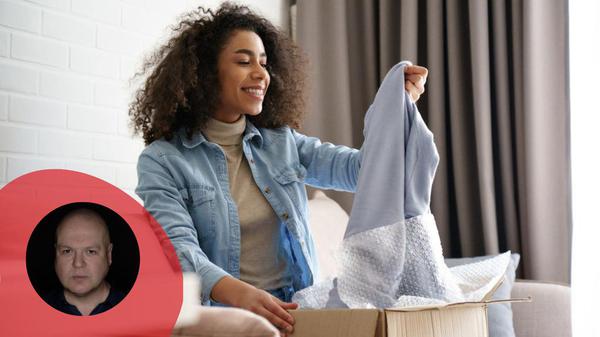 Product Experience: The Art of Giving Customers What They Need to Know

(Ghost Author) Both individual consumers and business buyers have become sophisticated about their online shopping expectations, and a good customer experience (CX) strategy is now table stakes in B2C and B2B ecommerce. “Customer eXperience” is a complex mixture of tangible and intangible features that fit together like gears in a mechanism. When one tiny part is missing, inadequate or flawed, it can sabotage the machinery. Product eXperience (PX) is perhaps the most important part of the customer experience.

There are no indications of settling in the tech environment as the global health crisis wanes; cloud security threats continue to evolve as cloud services expand. Organizations that aggressively ramp up their defensive strategies and reinforce their security mindset will gain an edge, but it may not be clear how to accomplish those goals efficiently. 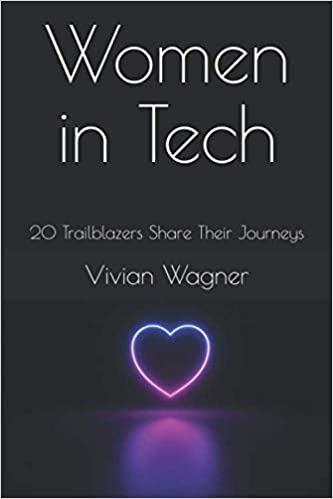 (Editor) Twenty successful women in the tech trenches generously shared their insights with TechNewsWorld reporter Vivian Wagner in this interview compilation. They tackled subjects ranging from how to search out a strong mentor to how to be one -- from how to advance in a large company to how to start your own small firm. Each told a fascinating personal story, and each offered encouraging advice.
Load More
Close ✕ 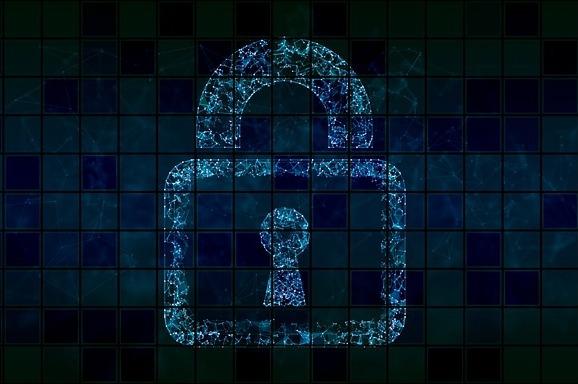 A Journey Toward CMMC Compliance

Peerless Tech Solutions is a managed service provider that specializes in support for government contractor clients. As a federal contractor in its own right, Peerless, in late 2019, began an internal project to prepare itself for compliance with Cybersecurity Maturity Model Certification (CMMC), a new US Department of Defense (DoD) standard for handling Controlled Unclassified Information (CUI)... 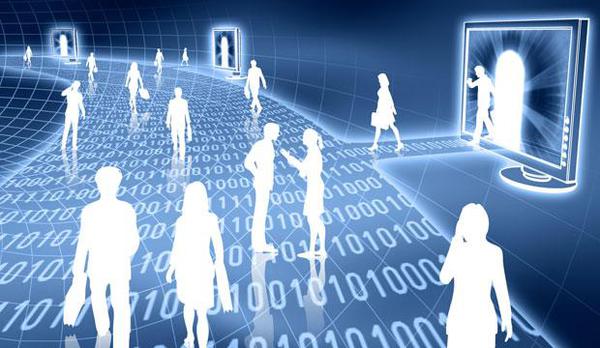 If you’re a small business owner or a key member of an enterprise executive team, you want your firm to succeed. If you’re a customer, you want to be treated well. Those goals are not diametrically opposed, but very often it seems that companies and customers are at cross-purposes. 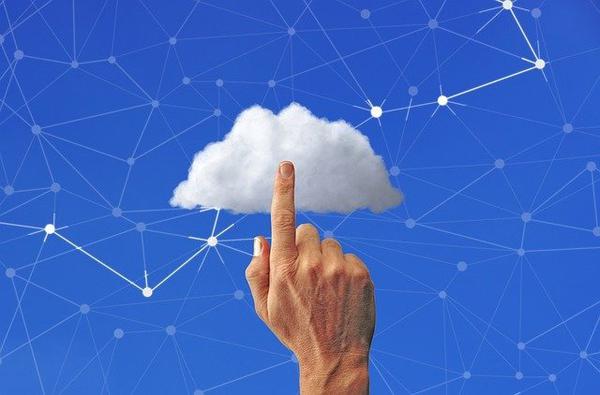 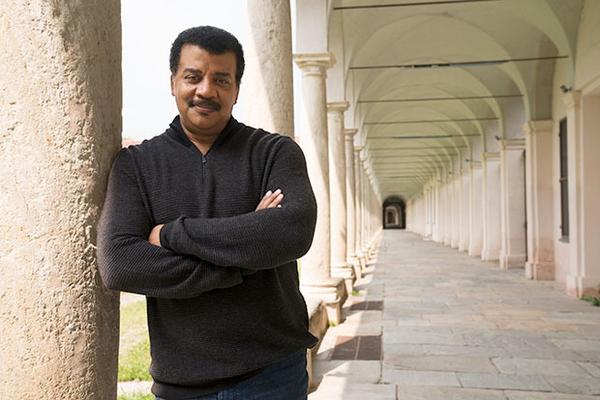 Perhaps one of the best things for a wandering race stuck at home is an opportunity to look outward — to thought-travel into the boundless universe... 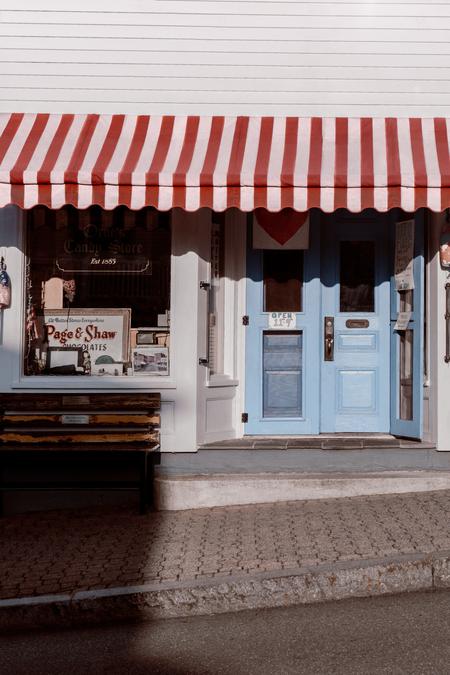 Give Customer-Facing Employees a Makeover

(Ghost Author) You’d think it would be hard to make people unhappy in a candy shop, but fine chocolate can’t compensate for the disappointment of being mistreated by an employee. I learned this the hard way during our family’s first post-lockdown reunion. I had taken my son and his grandparents to a candy store, and we were looking forward to a fun day out together — but as we strolled through the store, one of us accidentally sent an incorrectly sealed container of ice cream toppings tumbling to the floor. 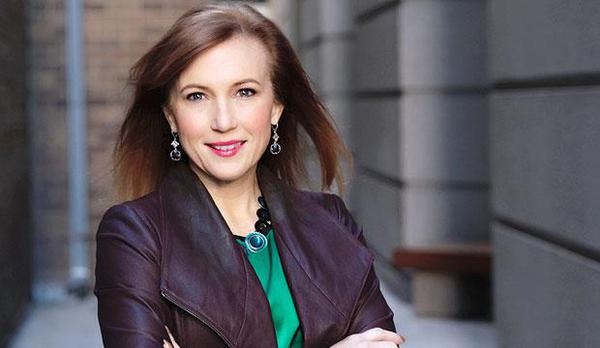 Theresa Payton is one of the most influential experts on cybersecurity and IT strategy in the US. She's an authority on Internet security, data breaches... 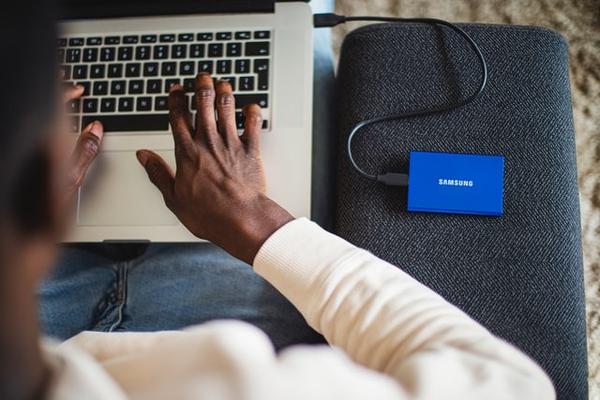 From the most senior level to the rank-and-file, the workforce running the US technology industry has long failed to mirror the ethnic diversity of the tech user base or society at large, but recently there has been an awakening... 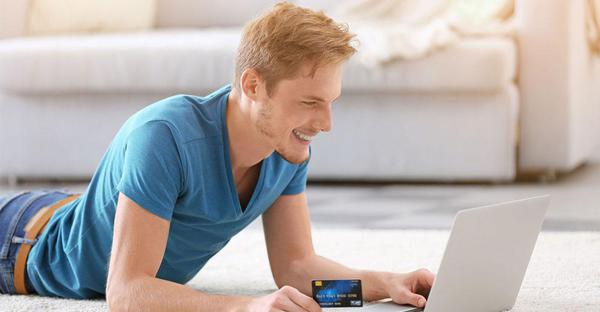 PriceWaiter CEO Stephen Culp: 'Negotiation Has Been Around Forever Because It Works' 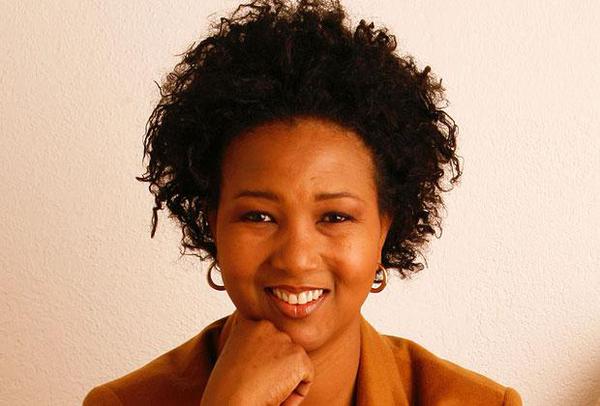 Dr. Mae Jemison and I have a few things in common. We both grew up in houses that had scary basements with cobwebs, coal bins and wringer washing machines. We both wore out our Chicago Public Library cards. We both were tormented by siblings but taught by our parents to stick up for each other, which we did. I memorized the soundtrack of West Side Story word-for-word; Jemison danced in a production of the show. The list of similarities doesn’t stretch too long, however. 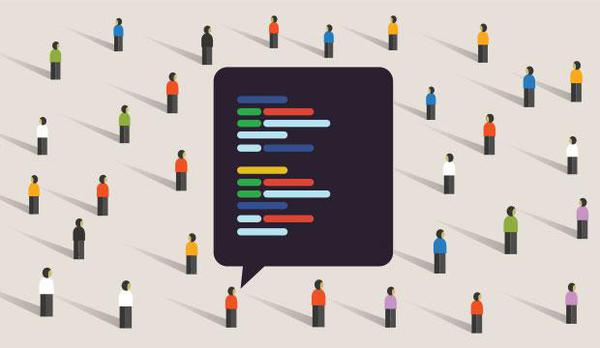 The Two Faces of Open Source

The open source software movement has evolved dramatically over the past two decades. Many businesses that once considered open source a threat now recognize its value. On the other hand, in spite of increased enthusiasm among enterprises, consumer interest by and large has not materialized.
Load More
Close ✕

And Now for Something Completely Different... 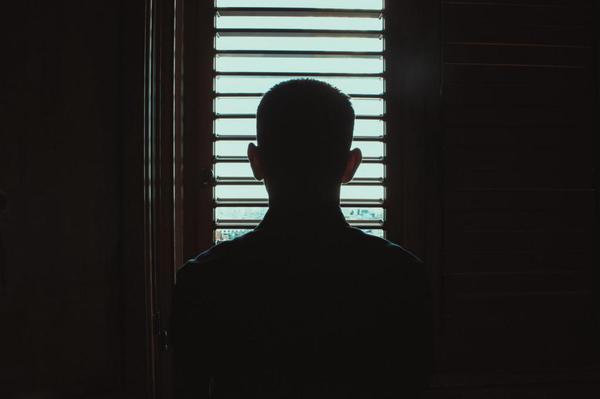 Planning for Dementia: There Are No Good Options

“If that ever happens to me, put a bullet in my head — you’d be doing me a favor.” I’ve heard variations on that comment over the years, and I’ve entertained similar thoughts myself, I confess. Existing with a depleted stock of one’s marbles and the certainty that you’ll steadily lose more is bad enough. Knowing that your loved ones will be burdened with… 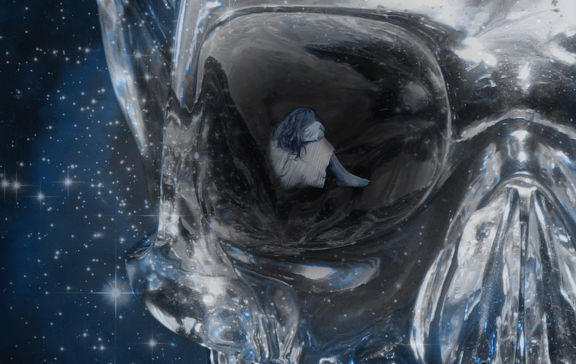 The Darkest Eyes is a fantasy adventure featuring a female protagonist who must navigate three parallel worlds to carry out a dangerous rescue... 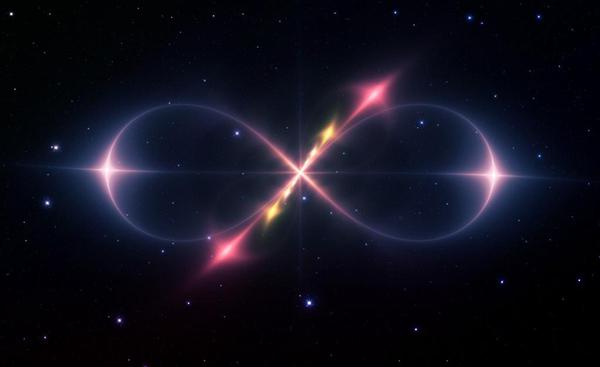 Sometimes the Best Part of Now Is Then 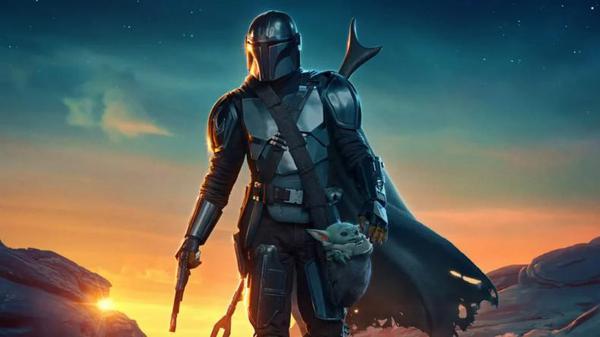 The clothes make — and unmake — the man. The Mandalorian is a little bit of High Noon mixed with a dash of The Magnificent Seven and a dollop of A Fistful of Dollars played out against a Tatooine landscape that feels more real than ever. What doesn’t feel real, still, after all… 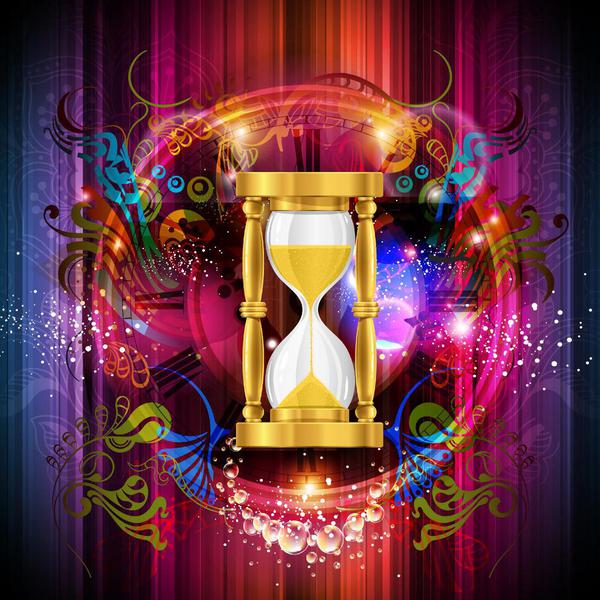 Ageism Doesn’t Discriminate: It Beats Up on All of Us

Ageism is the last acceptable prejudice — and it bows down its victims at every turn. It’s a perverse exercise in stereotyping those who are at a different stage in life, as though its practitioners haven’t been there or aren’t headed in that direction. Children are admonished for being too young to have a host of desires fulfilled, with no… 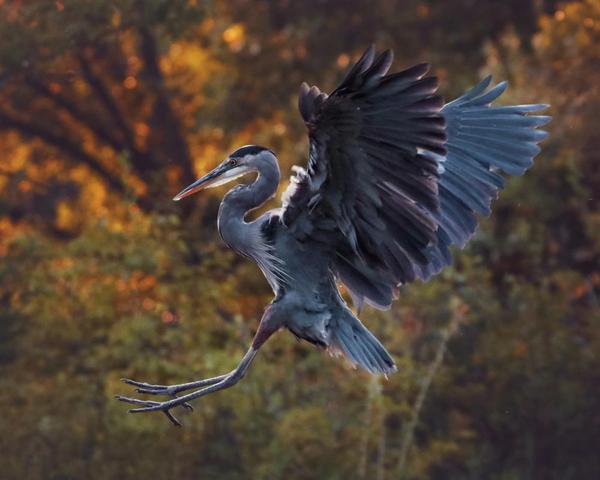 The sky was the blank sort of gray that signified nothing much going on in the atmosphere. No rain, just a constant looming haze... 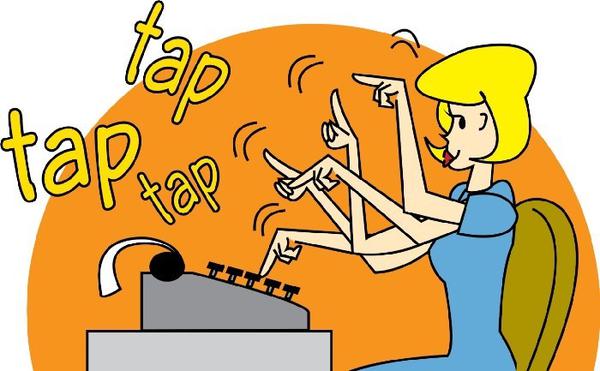 The most important thing I can tell you about fiction writing is this: Committing words to paper is not writing. A whole lot more is required... 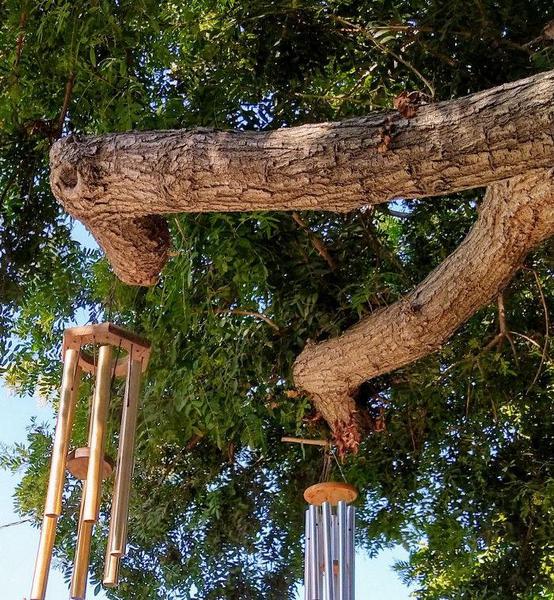 The ‘Write Every Day’ Rule Is a Trap

Don’t underestimate the value of thinking. Creative writing isn’t about mass production, and imposing an assembly line type of discipline on it can be counterproductive...
Load More
Close ✕